The Mid Autumn festival is upon us. How do I know? Is it from astronomic calculations or looking at the Chinese calendar? Actually, I know when I see shops selling mooncakes. :D Hehehe.
What are mooncakes? Well, they are cakes (duh, of course) that are round or rectangularish. The pastry of the mooncake is hollow but is densely filled with thick paste & can include one or two egg yolk. Mooncakes are sold throughout the mid autumn festival period & this festival ends with a harvest celebration with many lanterns being lit & hung. That's as far as I understand it. For further insight, visit Wikipedia's write-up on mooncake here. You can also find out on the mid autumn festival via some links.
Mooncake prices have been steadily going up, even the traditional versions. Non-traditional versions include ice cream mooncake, jelly mooncake & even mooncakes of the pastry crust & softer dough crusts with variety of paste fillings made up of green tea, chocolate & even durian. Those who do not want to spend on mooncakes or cannot afford the better ones will have to make do with the cheaper produced ones whose crust are hard & the filling, it's paste taste more of sugar than any other flavourings, amongst other things which I shall not elaborate. 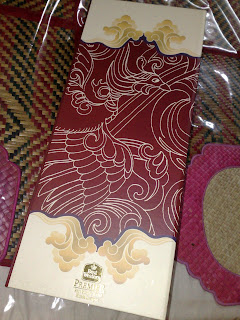 This year, the hotel that runs the Organisation's cafeteria is selling mooncakes at reasonable prices. It's reassuring too that I have a permissible source of mooncakes to buy & share with those who are not familiar with this delicacy. Anyhow, I bought some today. Buying a set of four, I got a nice box that can be used to keep other stuff. I was also able to mix & match the mooncake. Hence, I chose 1 of each of plain lotus & plain red bean filling, both the normal pastry crust & the chilled dough crust versions. No egg yolk in my mooncakes, I prefer it that way (but I have no issue eating a mooncake with egg yolk). Both of these versions turn out to be yummy & the paste are not too sweet with the texture just alright. Maybe after receiving my paycheck, I might spend a bit more on more mooncakes.

Alrighty then, I'll leave it at that while I go finish one of the opened & cut mooncakes. 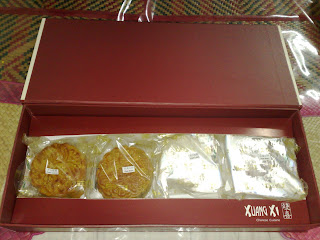