I went with 2 friends this afternoon to check out Arsenal FC's new home, the modern 60,000 seater ground named Emirates Stadium, which is situated about 5 minutes walk or a stone's throw away from the Highbury Stadium, Arsenal's previous home for 93 years. The new stadium is certainly a sight to behold & as a Gooner, definitely something to be proud off. Now, the team just needs to continue winning many accolade to ensure that the stadium will always be full on match days as well as stamping Arsenal's place as one of, if not THE best club team in the footballing world. 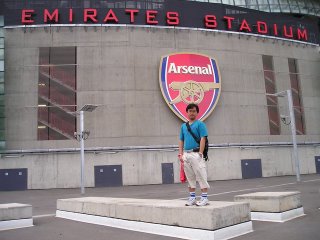 Emirates Stadium is in working order i.e. football matches can already be played there, it already hosted Dennis Berkamp (DB10)'s Testimonial Match some weeks ago. However, from our walk around half of its perimeter, we saw that the Platinum Membership i.e. VIP area, the new Arsenal Museum & (we assumed) some other auxiliary venues around the ground are still under construction. 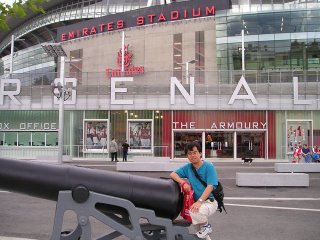 We also visited the club's new & spacious flagship store located at the stadium, The Armoury, & helped ourselves to some souvenir. I was aiming to get a copy of the DB10 Testimonial Match Program booklet pack but it was all sold out. :( 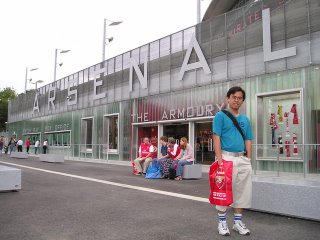 We ended our brief trip there by visiting the old Highbury Stadium, soon to be converted into apartments called 'The Stadium - Highbury Square,' before taking a bus ride home. 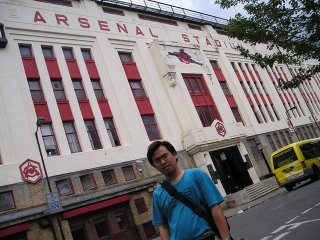 A note of thanks to Apu & Kai for helping me take photos of this visit.