It's back! The English Premier League's season 2008/09 is starting with the curtain raiser Community Shield match, playing currently with ManUre against Portsmouth. It has been some years since beloved Arsenal played in this match. We Gooner believe it'll be rectified soon.
Speaking of the Gunners, this evening I saw a repeat of the goal fest of a match from the Amsterdam tournament's 1st day, where before that Jose Mourinho's Inter Milan drew goalless against Sevilla. Unlike the prior match, Ajax vs Arsenal was a goal fest of a match. Wenger's boys worried Gooners everywhere with poor finishing in the 1st half of the match started by Adebayor wasting the 1st chance of the match. Same ol'Ade you say? I tend to agree at that point. The misery was capped when Almunia (numero uno goalie now) was well beaten, not once but twice, by Luis Suarez & Klaas Huntelaar respectively. After that, it became the Adebayor show midway through the 2nd half of the match. 1st, he headed in a superb cross from the much maligned Eboue. Then, he set up substitute Nicklas Bendtner goal (to level the match) before shooting in the winner via great team play with Denilson providing the assist to Adebayor's 2nd goal of the match. All these, within 16mins. It was heartening in the end to see that Arsenal can still win matches with drama. There were glimpses of Aaron Ramsey & Jack Wilshere, 2 of Wenger's young recruits. Too bad Samir Nasri had a knock to heal from, as I've yet to see this guy play. Anyhow, yet another entertaining match from the best English football team.
On 29 July 2008, I paid some good money to watch what can be the most expensive English team make a select team of Malaysian player look like EPL material. Of course, I am talking about the bore fest that was the Malaysia vs Chelski match at Stadium Shah Alam, part of Chelski's Asian tour. The Blues' lacklustre performance made the fickle 'true blues' local fans support the local team as well as gave the Malaysian boys stick when after getting the ball, they tried to dribble or perform fancy play against Chelski. Chelski (except Deco & one or two of the younger players) didn't even bother chasing after the ball. Heck, Sheva appeared useless when coming on for Anelka in the 2nd half. At the end, the score was respectable to Malaysia, as they lost only 0-2 to the Blues. To me, the man of the match was not Lampard (as decided by the officials) but the Kedah goalkeeper (whatever his name is). After seeing this match, I am somewhat game to go see some local football at this stadium, for RM10 or so, & not RM100+. 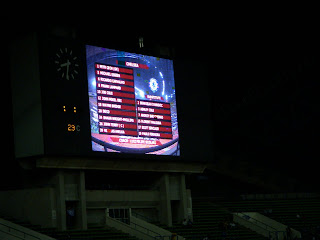 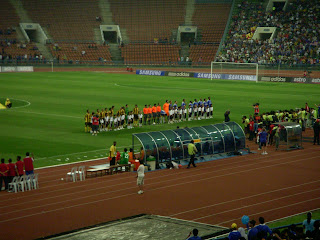 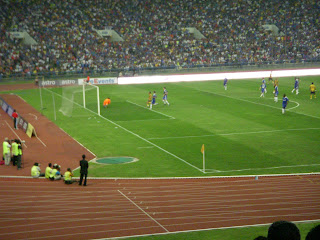 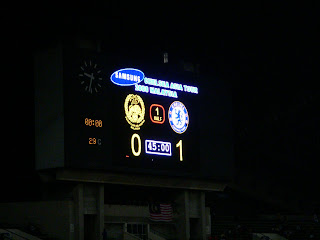 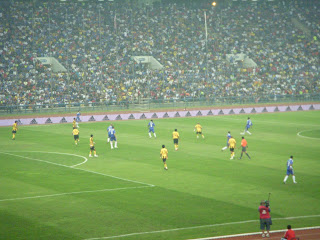 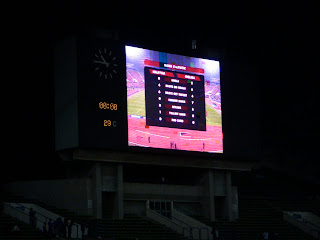 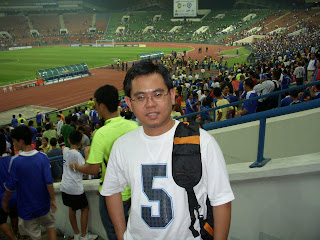 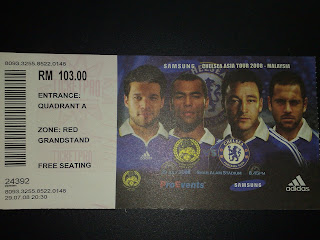 Half an hour has gone & the ManUre - Portsmouth match is still scoreless. Come on Harry! Inspire your boys to victory!
Till later, live long & prosper.
Mused by Mark at 22:05